​Although in some years they are quite scarce or even absent all together, every decade or so the UK has a colourful and very welcome invasion by millions of Painted Lady butterflies. This year is obviously one of those years of plenty!
In these good years they can be found everywhere in the UK apart from high mountainous areas. They’ve even been recorded as far north as Shetland & Orkney. There are regular sighting in Nottinghamshire, but this year, on 6th August 2019 we recorded the first one seen on the Green. The photographs were taken in a Woodhouse garden a few days earlier on 3rd August.
A strong & fast flyer, this beautiful insect migrates up from the edge of the Sahara in North Africa, the Middle East and even from Asia. It is not classed as a resident & will not over-winter here.
It does however breed in the UK, the female laying her eggs on a variety of plants including some nettles, mallow and thistles. It is believed that much of the population die out over the summer months, but if it survives the British weather it will attempt to return to warmer climates in the autumn. This constitutes one of the UK’s longest migratory events. 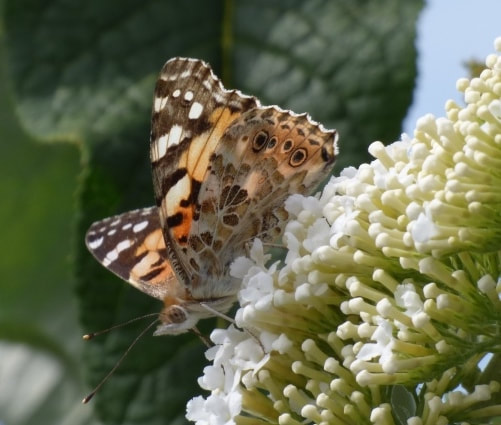 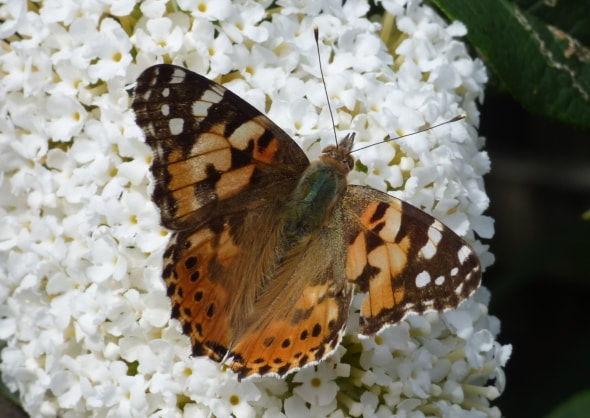