A good thing about the warm, dry weather we experienced in April was that there’s been a good crop of butterflies on the Green. One of the most numerous has been the Orange Tip. We saw only males in 2018, but this year we have also identified a number of females. The female doesn’t have the stand-out orange tips and is often confused with a Small White, or Cabbage White. Both are about the same size and both have black markings on their fore wings. However, in the Orange Tip the black mark is more like a “comma” or half-moon, whereas in the Small White it’s a complete, but fuzzy, round dot. Identification is easier if you can glimpse the underneath of the Orange Tip’s hindwing as this is mottled green in both genders.

Note in the photograph of the female she has her abdomen raised up ready to mate with the male Orange Tip just out of frame. Unfortunately, he was somewhat camera-shy! 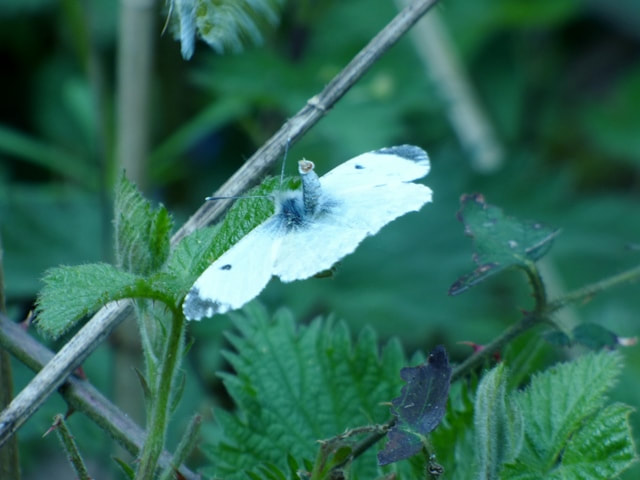 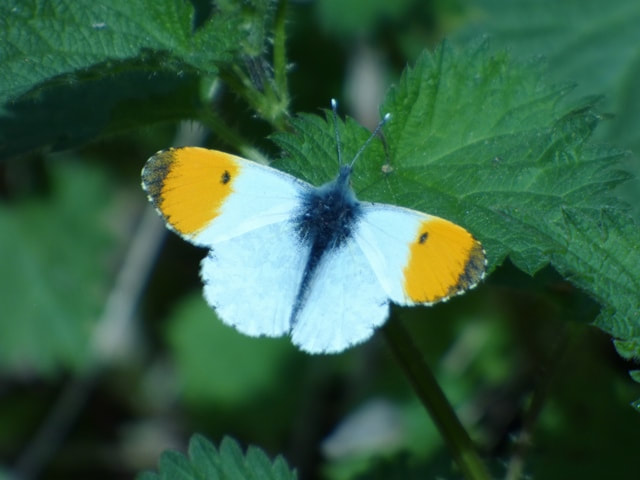